A summer to say goodbye to heroes

Although I think both Sally Ride and Neil Armstrong shied away from the label 'hero' both were heroes to me. 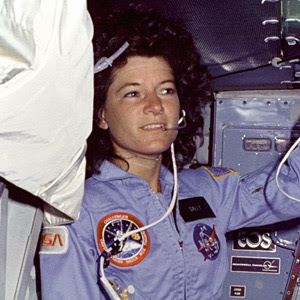 I had the great pleasure of meeting Sally Ride when she gave a talk at UT a few years ago. She was a great inspiration to me and many other young girls who at some point dreamed of being an astronaut. After leaving NASA she founded Sally Ride Science which is dedicated to getting young people interested in science, a mission very close to my heart! 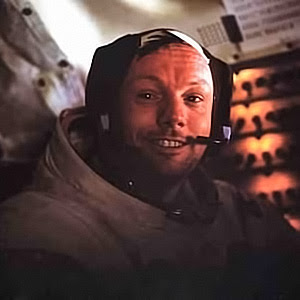 Sadly I never had a chance to meet or even see Neil Armstrong in person, but I have seen many artifacts of his astronaut career over the years. And pretty much every time I look at the moon I stop and think - people have walked there!

In that vein, I loved the final paragraph of the statement from the Armstrong family:

For those who may ask what they can do to honor Neil, we have a simple request. Honor his example of service, accomplishment and modesty, and the next time you walk outside on a clear night and see the moon smiling down at you, think of Neil Armstrong and give him a wink.

Not surprisingly that resonated with many people and the hashtag #winkatthemoon took off on Twitter and has spawned several websites and galleries of people submitting photos of the moon. It was a great way to honor not just Neil Armstrong, but the whole Apollo program. I can only hope we'll be seeing humans follow in Neil's footsteps soon.