Historical Astronomy exhibit at the HRC 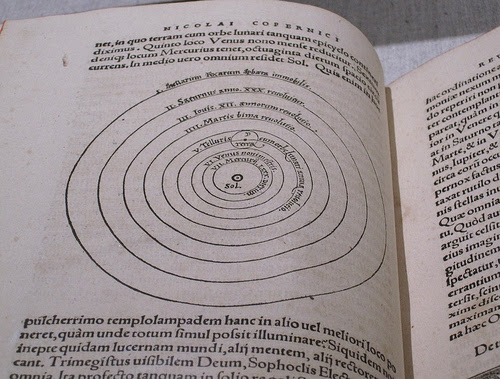 I mentioned in a previous post that I went over to the Harry Ransom Center on the Friday at the end of the AAS meeting to see the small exhibit of astronomy texts and items that they had set up for the week. I had already seen several of the items (and I really wish they had brought out the Tycho with the etching of the coats of arms of his ancestors - including Rosencrantz and Guildenstern) but it was neat to see them again. There were also a few items from the Herschel collection that I don't think I've seen before. And this was just a small fraction of the stuff they had out for the International Year of Astronomy exhibit back in 2009.

You can see the full set on Flickr here

at February 15, 2012
Email ThisBlogThis!Share to TwitterShare to FacebookShare to Pinterest
Labels: Astronomy and Space, History