Picture of the Week #3 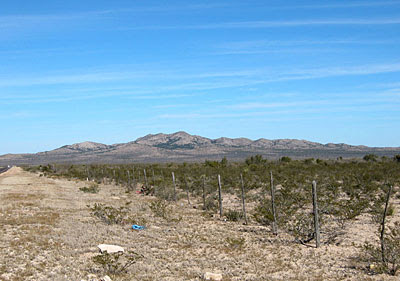 In the fall of 2003 I took a class on the geology of Texas with my Staff Education Benefit, which was very fun and informative. As part of the course, we had to do a research paper on some aspect of Texas geology. The professor had a list of topics that people tended to choose from, but we had the option of suggesting our own topic. I had a growing fascination with Earth impact craters, and I knew of several in Texas, so that was what I proposed to do my paper on and it was accepted. It was a lot of fun to research and put together.

Shortly after the end of the semester, I went out to McDonald Observatory and on the way back we stopped and took photos of the central peak of one of Texas' impacts - the approximately 100 million-year-old Sierra Madera crater, which is pictured here. Below is an image I made for the paper from the USGS National Map Seamless Server which shows the rim of the crater, which of course is heavily eroded. 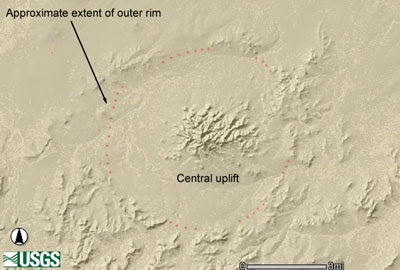 at July 28, 2008
Email ThisBlogThis!Share to TwitterShare to FacebookShare to Pinterest
Labels: Picture of the Week